Kicevo lies in the central part of the Kicevo valley. It has a favourable geographical and traffic position and represents an important crossroad for four road directions: to the north through the passage of Straza towards Gostivar, Tetovo and further to Skopje, to the south through Preseka to Ohrid and Struga, to the southeast to Demir Hisar and Bitola and to the east through the valley on the river Treska towards Makedonski Brod, and from there through Barbaras to Prilep.


Historically, it is mentioned for the first time in the beginning of the 11th century (1018) in a charter of Emperor Basil II under the name Kicavis. In the Middle Ages, the city was an important military centre. At the end of the 14th and early 15th century it began to develop as a trade and craft place. The construction of the Skopje-Kicevo-Ohrid road in 1919 contributed to the strengthening of its craft and trade function.


By the end of the 19th century and in the beginning of the 20th century the city of Kicevo had about 5,000 inhabitants, and after the Balkan wars their number fell to about 1,000, and in 2002 there were about 30,000 inhabitants. The economy is dominated by mining and industry. Crucial for the economic development of Kicevo are the presence of iron mine and nonmetal findings in the vicinity of the city and the construction of the Skopje-Kicevo railroad in 1952, when it became an important cargo station in Western Macedonia.

One specific exalgation beside Kicevo is called Kitino Kale. In certain time periods a main settlement existed there, with two rows of hard fortresses and several towers. One of the towers is still standing, where money from the time of Alexander the Great and Justinian was found. The folk legend says that in the palace of the fortress lived Kita, one of the sisters of King Marko, after who the fortress got its name. Today the fortress Kitino Kale is an archaeological site, and the entire area is a landscaped park and is a pleasant place for recreation and socializing. 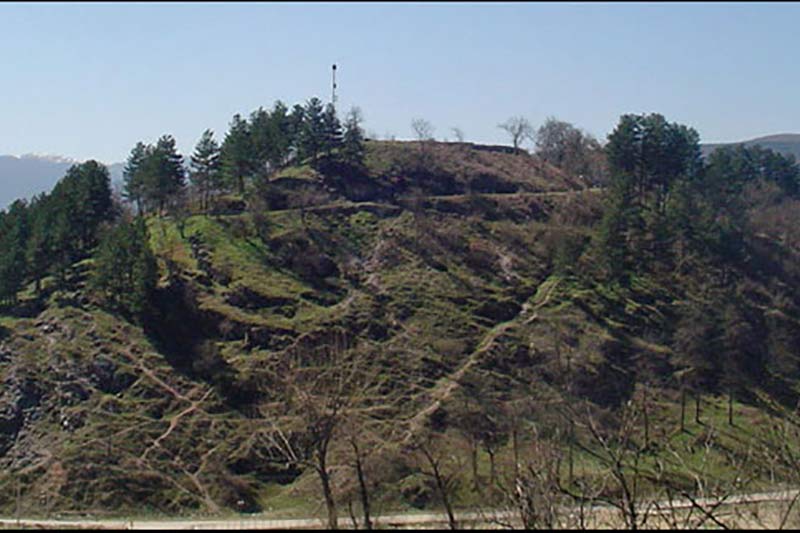 The first Christian sanctuaries in Kicevo are the mentioned in 5th and 6th century. Earlier there were three churches in Kicevo, which during the Ottoman rule were destroyed. The church St. Petar and Pavle was built on the foundations of an older building in 1907 and consecrated in 1917. In 1943 a bell tower was built. 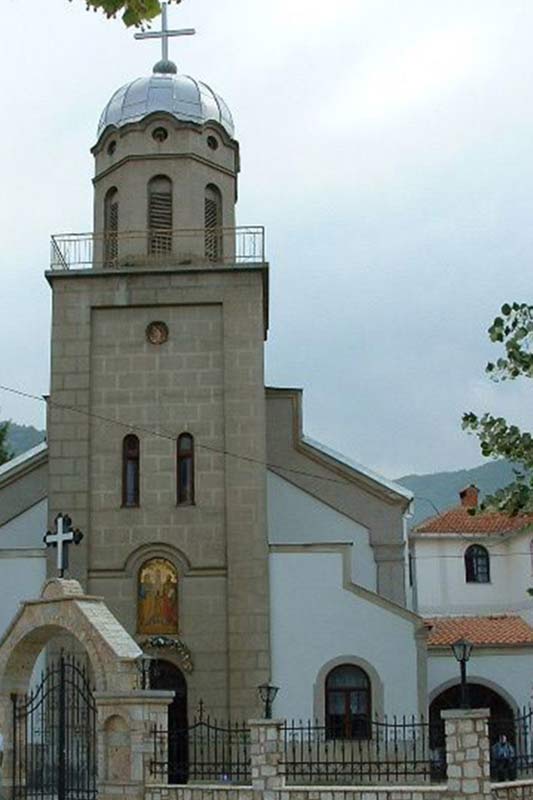 The monastery is dedicated to the Annunciation, and the general name is Prechista (from the church festival in commemoration of the announcement of the Incarnation to the Virgin Mary in the temple). It was built in 1316. It is located near Kicevo, on the Cocan Mountain, at an altitude of 920 metres. Formerly it was called Krninski monastery, according to the village of Krnino, which existed in its vicinity until the 19th century. Today the Holy Bogorodica Prechista is a female monastery. In 1558 the monastery was burnt to the ground, and the monks managed to save themselves through underground tunnels. In 1848, all the monastic books that were currently found there were burned, on the order of the Debar Greek Metropolitan Meletius, but in spite of that, the liturgy continued to be held in the Slavic language.


The present church dates back to 1850. The new majestic temple was built by the Mijak masters of Dicho Zograf's group, who completed the altar space, and his son Avram, thirty years later, completed the fresco painting. The beautiful iconostasis, as well as the church books, among which is the Fourth-Gospel from the 14th century and the Psalter of the 15th century are distinguished due to their value. In the church there is a source of sacred water, dedicated to the Holy Virgin.

More information can be found on the official website of the city.