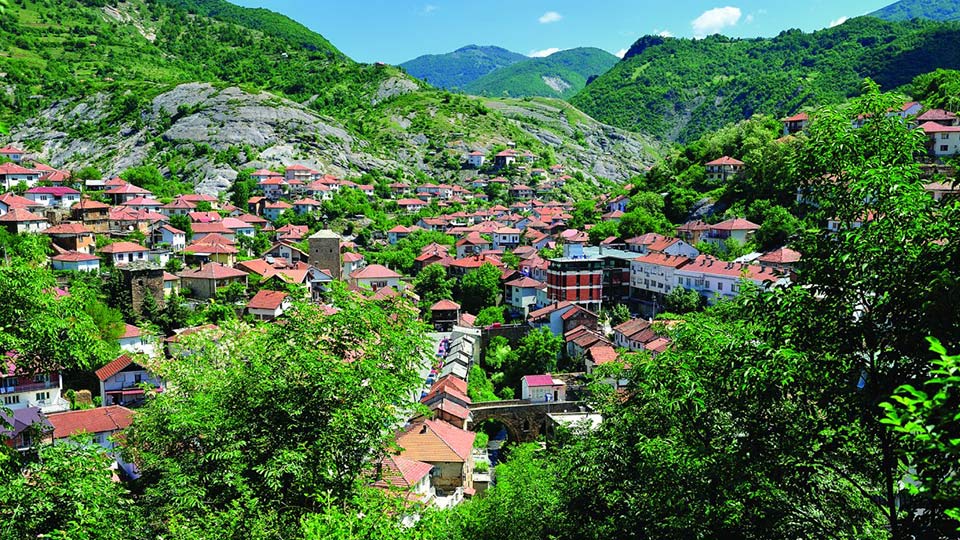 
Tourism features of the Northeast Region

The Northeast Region is one of the eight statistical regions of Macedonia. It is located in the north-eastern part of the country and is bordered by the Skopje Region and the Eastern Region. The region has many tourist attractions and cultural landmarks that attract a large number of visitors. The most important are the locations of Kuklica, Kokino, Cocev Kamen and the monastery St. Joakim Osogovski. 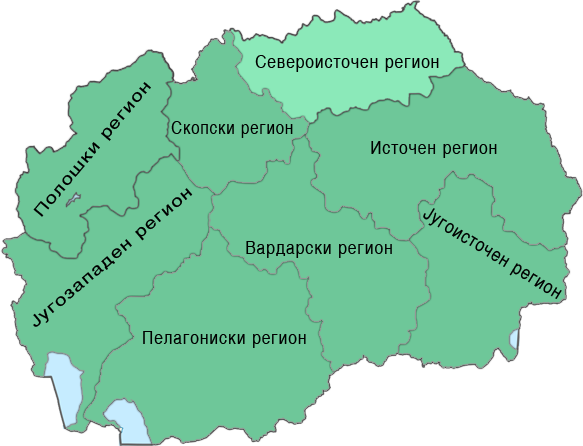 Location of the Northeast region

The Northeast region consists of 6 municipalities: Kratovo, Kriva Palanka, Kumanovo, Lipkovo, Rankovce and Staro Nagorichane. More information about the region can be found at: Center for Development of the Northeast Planning Region.

Climate of the Northeast Region

This region is characterized by protected natural areas and ecological corridors of the national ecological network for connecting protected areas and environmentally important areas. As representative areas are defined several sites such as Kumanovo Kozjak, which is proposed for a Nature Park despite the rocky sections important for nesting several species of birds of prey, the area is the ultimate northern range of the spread of some Mediterranean species (Greek turtle, big Sylvia atricapilla, Sitta neumayer). In the remnants of oak and beech forests on the northern slopes, other significant bird species are also found (reddish flywheel, Ficedula semitorquata). 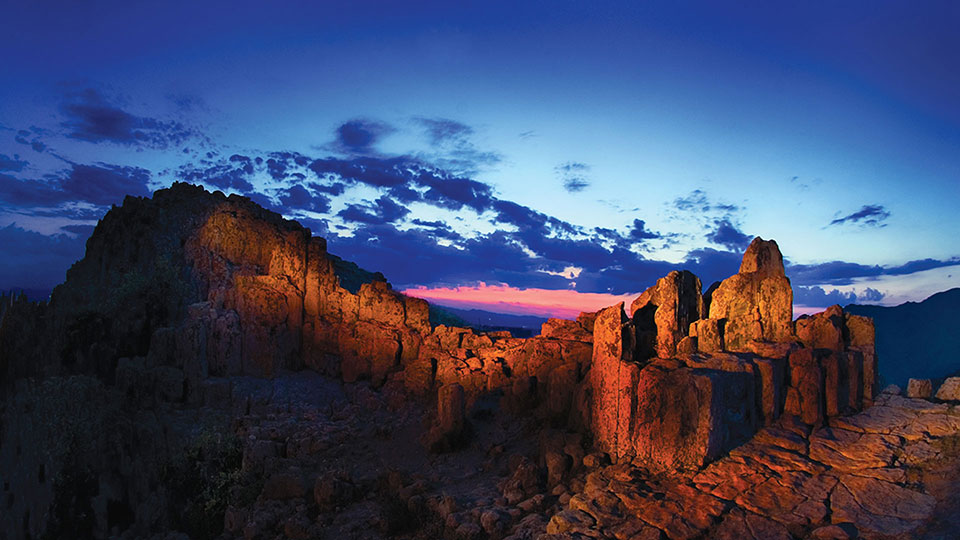 The site Kokino besides the great cultural significance, also has a great geomorphological value. It represents a geological phenomenon, the secretion of pyroxene andesite and anthensites with an age of 32-33 million years.


The Potroshnica river has great ornithological and botanical importance. The area is of special importance for the nesting of many species of predatory birds and is the core area of the significant ornithological site Pchinja-Petroshnica-Kriva Reka.


The site Kuklica near Kratovo, as a monument of nature, is a rare geomorphologic form.


The Bislim ravine is a short ravine with a pronounced sub-Mediterranean climate impact, rich in underground and surface karst forms. Significant colonies of bats are found in the caves and the presence of troglophilic species is registered. Of particular importance is the nesting of some Mediterranean and predatory birds: an Egyptian vulture, a gray falcon, a golden eagle, a Buteo rufinus, a black stork and so on. Chasmophytic vegetation develops along the rocks and this site has great biological and geomorphological value.


The ravine of the river Kiselica is of great zoological importance, although this small ravine is with insufficiently studied natural of values. It is significant because of the presence of otter, but the presence of several other important species of vertebrates is also possible.

Osogovo Mountains in the Northeast Region

On the territory of the Northeast region, Osogovo Mountains, which possess significant values from a biological point of view, partly extend. A number of internationally and nationally significant species of flora and fauna have been identified, of which a significant segment are affected, endemic or rare species. In addition, Osogovo is identified as: Important Area of Plantation (ZRP), Important Area for Birds (ZOL), An important corridor for the movement of wild plant and animal species within the pan-European ecological network for south eastern Europe (PEEN SEE) and Emerald area. There are 18 habitats registered under the EUNIS classification system for habitats, five of which are significant for conservation under the Habitats Directive. There are 1007 types and subspecies of plants registered, of which 18 are registered only on Osogovo, among which: Viola biflora, Anemone narcissiflora, Myriophyllum verticillatum, Pulsatilla montana ssp. Slaviankae etc.

The peak Carev Vrv is the only site for Genista fukarekiana (endemic plant, encountered only on the Osogovo Mountains), Hypericum maculatum ssp. Maculatum and Viola biflora. On Osogovo there are 258 species of macromycetes registered. The presence of 24 species of mammals has been established. 133 species of birds are registered, of which 36 are significant species. 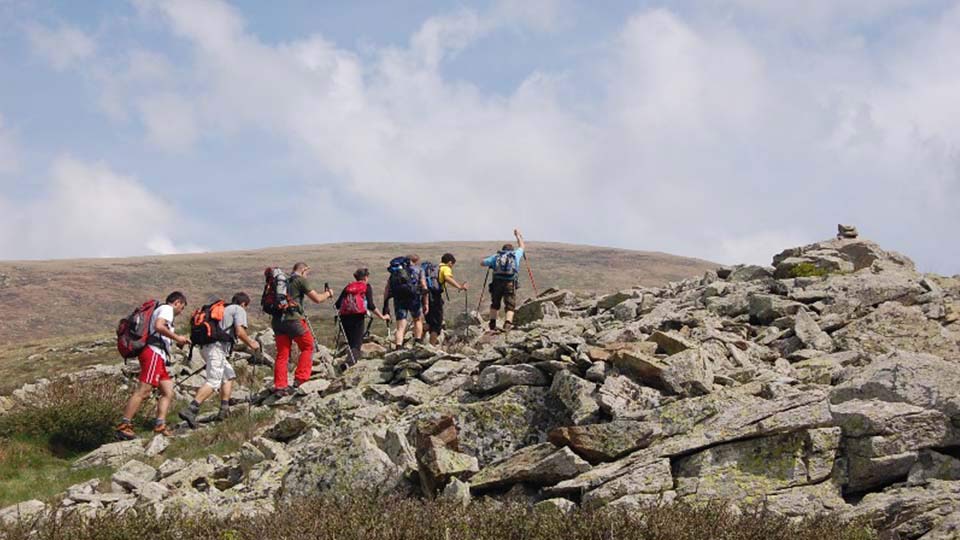 A particularly important ornithological site is "Ratkova Skala". 10 species of amphibians and 21 species of reptiles have been identified. There are 11 fish species known, eight of which are included on the IUCN Red List. There are 16 Balkan endemites from the group of snails recorded in Osogovo, 243 species of spiders (14 endemic), 37 species of locusts (5 Balkan endemics), 15 species of fairy ponies, 99 species of daily butterflies (Erebia aethiops and Minois dryas are found only on Osogovo) , 203 species of Carabidae. Osogovo is characterized by interaction between people and nature, and the biological diversity and human heritage, preserved in natural landscapes, has contributed to the formation of characteristic areas.

Hydrological characteristics of the Northeast Region

The territory of the Northeast region covers the mouth areas of the Pchinja and Kriva Reka rivers and for the most part belongs to the Vardar mouth area and very small part of the international basin of South Morava. In its hydrographic structure, the region has various types of water springs and two artificial reservoirs (Lipkovo Lake and Glaznja) suitable for weekend tourism.

Water potential is due to the relatively high altitude, which is part of the region, as well as the geological composition of the land. The region is abundant with numerous rivers and small basins belonging to Kriva Reka and Duracka Reka. On the territory of the municipality of Kriva Palanka two reservoirs have been built: Bazjachko Brdo with a capacity of 14,100 m3 of water and the accumulation Vlashki Kolibi on the site Kalin Kamen with a capacity of 6,200 m3 of water at an altitude of 1,590 m. A characteristic hydrographic facility is the thermomineral source near the village of Proevci in the vicinity of Kumanovo, which is arranged as a bath. The northeaste region is also known for its springs of hot water - baths. Here are located Kumanovska Banja - v. Proevce and Strnovac- bath in research and construction.

Traffic routes in the Northeast region

Natural and cultural-historical heritage in the Northeaste region

Tourist trends in the Northeast region have undergone relatively great changes in recent years. The needs of the tourists who visit the region are specific and segmented, and according to them, the tourist offer was adjusted. Increasing attention is paid to the creation of development plans, programmes and strategies in those destinations.

In Kumanovo, as the largest city settlement, we single out the churches St. Nikola (1851) and St. Trojca, the National Museum, the Craft House, the monument of the Revolution and other monuments. In the vicinity of Kumanovo are the monastery H. Bogorodica near the village Matejce (XIV), the church of St. Gjorgi in the village of Staro Nagorichino (XIV), the monastery H. Presveta Bogorodica - Karpinski Monastery near the village of Orah, the ossuary Zebrnjak and so on.

In Kriva Palanka we recommend the monastery complex St. Joakim Osogovski for visits. In Kratovo, the church of St. Gjorgi Kratovski, St. Nikola Cudotvorec, St. Jovan Preteca, the medieval towers and bridges, the museum and so on.

The church St. Gjorgi is located in the village of Staro Nagorichino and it is distinguished with special beauty. According to the inscribed inscription, it is said that the church was built in 1313, and the second inscription from 1317/18 refers to the date when it was painted by famous painters Mihail and Evtihij. The church is a five-dome three-nave structure in the form of an inscribed cross with an elongated 162 curve towards the east and west. In its architectural conception, it is similar to the church of H. Mother of God, in the monastery of Matejce. From the many frescos compositions, the most remarkable are the "Communion of the Apostles", "The Last Supper", "Washing the Feet", "Crucifixion", "Going on the Golgotha", "Climbing the Cross," "The Mocking of Christ", "The Assumption of the Virgin" and so on. 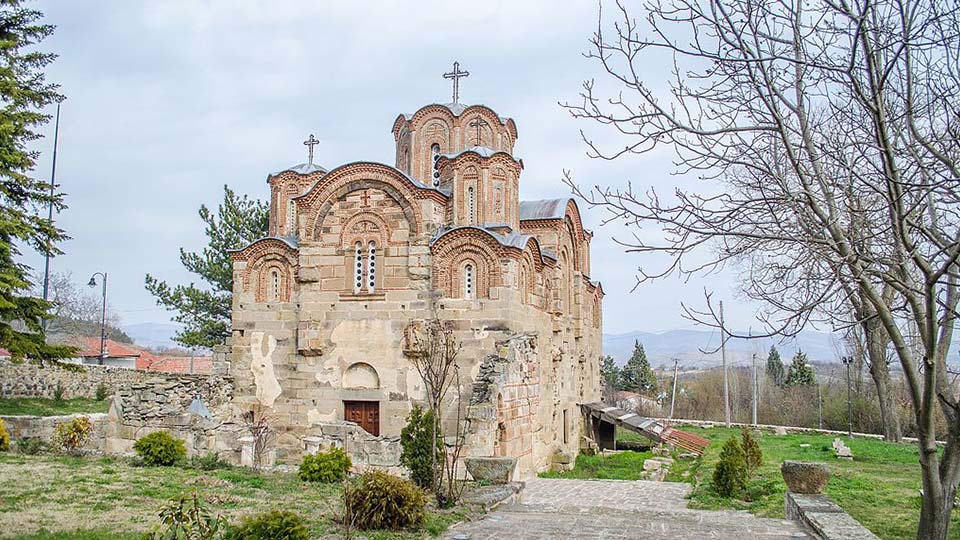 The Monastery St. Joakim Osogovski is located on the slopes of the Osogovo Mountains, near the road leading from Kriva Palanka to Kustendil in Bulgaria. The monastery is dedicated to the hermit St. Joakim Osogovski, who in the XI century led an ascetic life in a cave, near the monastery, in the place Babin Dol. Its revival began in the middle of the XIX century. Namely, at the initiative of the main founder Hadzi Stefan Begilchia from Kriva Palanka, in 1847, under the leadership of the famous builder Andreja Damjanov, the construction of the great "cathedral" church dedicated to Joakim Osogovski began. In 1851 it was completed and sanctified. The other, smaller in size church, is dedicated to H. Bogorodica, built, according to one in the 14th century, and according to others in the 16th-17th century. The great church has twelve domes and a space nave, surrounded by a porch on the west and on the south side. 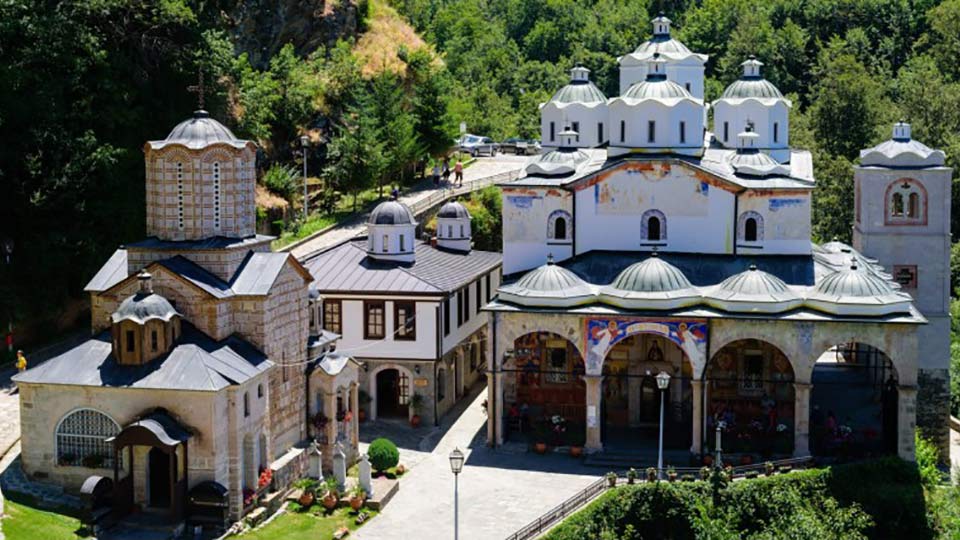 The city of Kratovo is known for its distinctive location, located in the crater of an extinguished volcano. It is precisely because of its specific location and the Kratovo River that cut the crater and passes through the middle of the city, a special city architecture has been formed. The remarkable buildings are the Kratovo Ajduk bazaar, as well as the Kratovo towers and bridges. In Kratovo, from the former 13 towers, today there are six: Simiceva Kula, Zlatkova Kula, Hadzi-Kostova Kula, Saat Kula (Clock Tower), Krsteva Kula and Emin-bey Tower. From the bridges, the most famous are: Carsiski Most, Radin Most, Argulichki Most, Grofchanski Most and Yorkshire Bridge 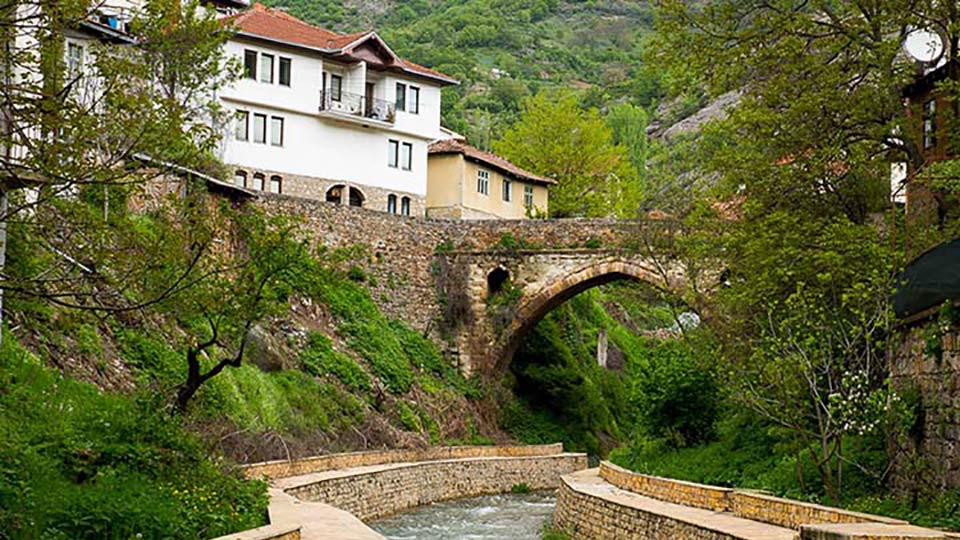 Manifestations in the Northeast region