Basic information about the city of Tetovo

Tetovo is a city located in northwestern Macedonia, on the slopes of Shara, i.e. in the lower Polog Valley. Tetovo is the seat of the same-named municipality , which covers an area of 261.89 km2, together with the newly created municipalities that derived from it and which even nowadays gravitate towards it

Legends about the city of Tetovo

In the immediate vicinity of the city, between the two hills, there was a large snake from which everyone was afraid. No one attempted to confront the dreadful beast. Only some Teto armed with a bow and arrow went towards the endangered place. When he arrived there, the snake appeared and blocked the road. Teto was not afraid. He stretched out the bow, and the snake angered at high speed rushed to the pray. But Teto was fearless. When the reptile approached him, he waved his sharp and pointed sword and slashed it. In that manner, the people were released from the dangerous beast. The fear came out of them, and the passage between the two hills was free and easily passable. The place where the snake was killed with a sword and a shield, (kalkan), was called Kalkandeli, and the city, (in Turkish), - Kalkandelen. In memory of the hero Teto, on the other hand, the local population called the settlement with the name Tetovo.

History about the name of Tetovo

The other version is that the name originates from the Old Slavic word "хътѢти" - likes, "хътѣтово" - a favourite place. Near the middle of the 15th century, with the disappearance of the letter "x", the settlement was renamed in Tetovo. According to the folk etymology, Tetovo originates from the word tendon. In connection with this interpretation, even then the Turkish name of the settlement - Kalkandelen appeared. In a chrysobull of Tsar Dushan from the middle of the 14th century, Tetovo was mentioned as a village, and as a city settlement it was mentioned during the 15th century, as the main point of the Lower and Upper district. The famous Turkish traveler Hadzi Kalfa, who visited Tetovo around the middle of the 17th century, mentioned the city with the names Kalkandelen and Tetova. In Albanian, the name of the city is Tetovë, that is Tetova.

Early development of the city

According to the latest data obtained through the archaeological excavations of the Neolithic sites Tumba near the village of Dolno Palcishte (1987/88) and under the village Tumba near the village of Stenche (2000), the oldest traces of life in the Polog Valley are dated 8,000 years ago or more precisely as from 6100. Numerous excavated fragments originate from these sites, but also fully preserved pieces of pottery, but also altars and statuettes devoted to the female cult. Most of Tetovo stretches in the plain area, and only a smaller part lies on the slopes of Baltepe, a hill 806 metres high. The absolute altitude of the city ranges between 450 and 500 metres. Lately, urban planners are making efforts for the city to extend to the mountainous area that is mildly elevated and favourable for a city construction district.

A city with a medium continental climate with warm and relatively humid summers, cold and snowy winter, spring and autumn with frequent precipitation. Natural conditions such as climate, relief, geological composition of the country enabled many water sources to appear in the Tetovo area. Therefore, Tetovo is one of the few cities in Macedonia, which has drinking water, water for the needs of the industry and water for irrigation. The city was divided into two parts in the past, Upper and Lower Charsia. In the upper part, mostly Muslims lived, and in the lower Christians. Tetovo as a multicultural environment is characterized mainly by two major religions. These are Islam and Christianity, i.e. Orthodoxy. The seat of the Polog eparchy is located in the cathedral of Sts. Cyril and Methodius in Tetovo.

Tetovo Kale is a more recent fortress, built around 1820. It is located in the immediate vicinity of Tetovo, at the foot of Shar Planina. It has an altitude of about 800 metres above sea level, and in relation to the city rises about 300 metres. The construction was initiated by Redzip Pasha and it was continued by his son, Abdurahman Pasha. The fortress was built of calcareous and carved stone. Today's archaeological complex consists of walls, in which there are five serraglios, baths, warehouses, large kitchens, a dining room and a well. From the older buildings, here is the church of St. Athanasius from the 14th century. On the walls of the Kale there were also towers, and there are still remains of an underground prison and three tunnels, which lead to Tetovo from the Kale, towards the village of Larci and towards the river Pena.

This church is located in the old part of Tetovo. It was built in the period from 1903 to 1918, and it was consecrated in 1925. The frescoes were made by Danilo Nestorovski in 1924. The church is a three-nave basilica with a central dome. 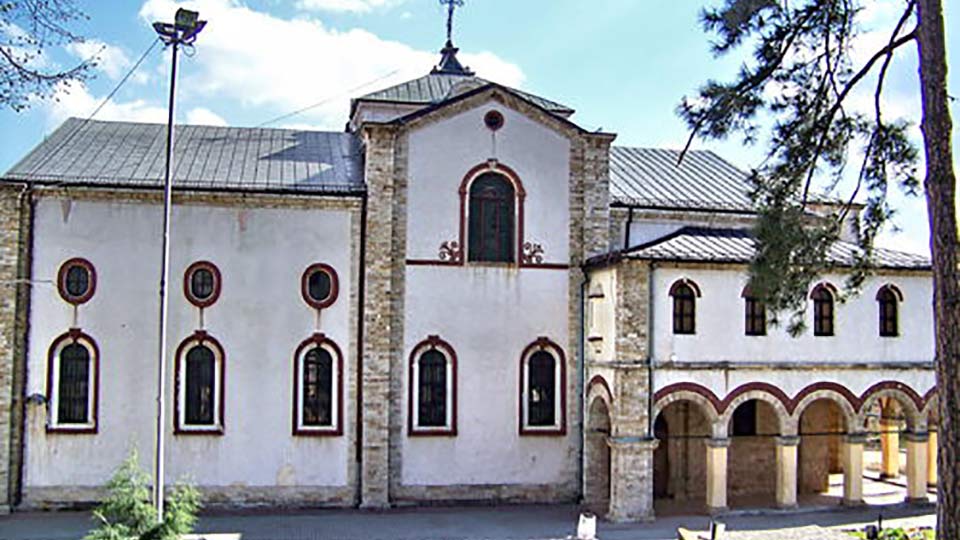 Five kilometres from Tetovo, a private cottage in the village of Dzepciste, there is a small ethno-museum, with exhibits dating back to the 8th century BC. until the 20th century. There is room only for one visitor in the interior. The exhibits are made of different materials (ceramics, copper, iron), and the display is enriched by exhibits brought by Macedonians and Albanians, inhabitants of this region. The museum has the ambition to register in the Guinness Book of Records as the world's smallest ethno-museum. It is a monument of culture dating from the 15th century, which was upgraded and expanded in the 19th century by Abdurahman Pasha, a Turkish feudal master of the Tetovo pashalak. It is located in the old part of Tetovo, beside the river Pena. It is a one-room square building with an architectural combination of Baroque and Neoclassical Ottoman construction style. Data on the history of Painted mosque are engraved in the records carved on the marble slabs placed over its entrance door. The painted mosque with its facade is a particularly attractive monument of culture in Tetovo. The numerous vividly painted ornaments, the colourfulness and the used painting techniques are a rarity and an extraordinary work of Islamic architecture. They are the work of experienced masters from Debar, who besides painting the mosque from the inside and from the outside, decorated the Dervish Arabati-baba tekke and several houses of the bey at the same time. Particularly frescoed is the south side visible from the main road leading to Gostivar.

Arabati-baba tekke was built in the 19th century by Redzep Pasha and his son Abdurahman Pasha. It is a religious building, in addition to the Sersem Ali-Baba's turbe from the 16th century, and to this day the fountain, tower, turbe, kitchen with dining room, faucet, guest accommodation, dervishane and haremlik are preserved. All of this is part of the complex, which until 1912 had an active dervish life until 1912. Nowadays, it houses the National Museum of Tetovo. 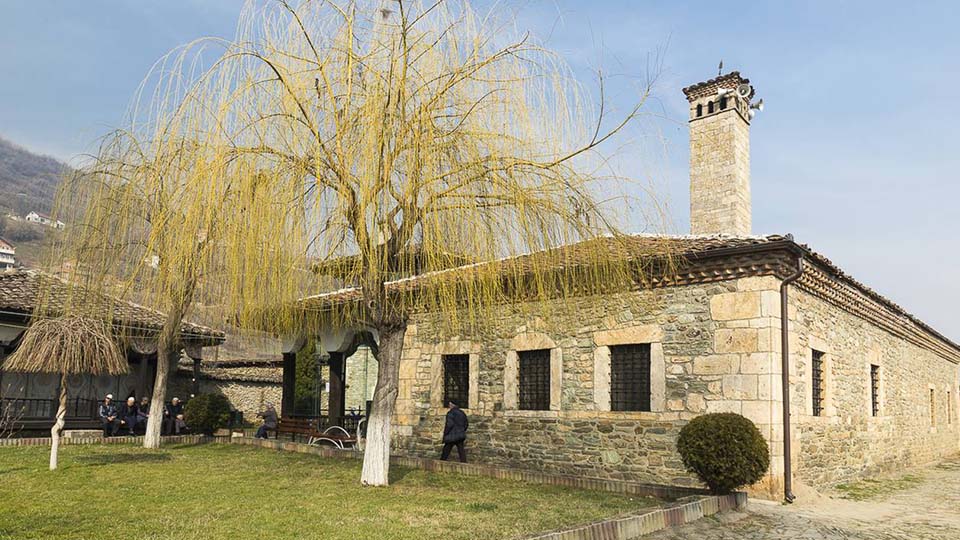 The complex of the Leshok monastery includes the monastery church St. Athanasius from 1335, the church of the Holy Mother of God, which exists from the 13th century and is mentioned in the decree of Stefan Decanski from 1326, as well as the remains of five churches and chapels from the Middle Ages. The cultural and spiritual values of the church St. Athanasius are especially emphasized. In the monastery is the tomb and the memorial room of Kiril Pejcinovic, one of the greatest Macedonian revivers from the 19th century. With his coming from Sveta Gora in 1818, the monastery lodgings were restored and the monastery library was founded, so that the Leshok monastery grew into a literary and educational centre. It was repeatedly burnt and renewed several times. By 1960, the Turks destroyed the monastery and the church of the Holy Mother of God, and the monastery was severely damaged in 2001. By the assistance of the European Union, it was authenticly renewed again. 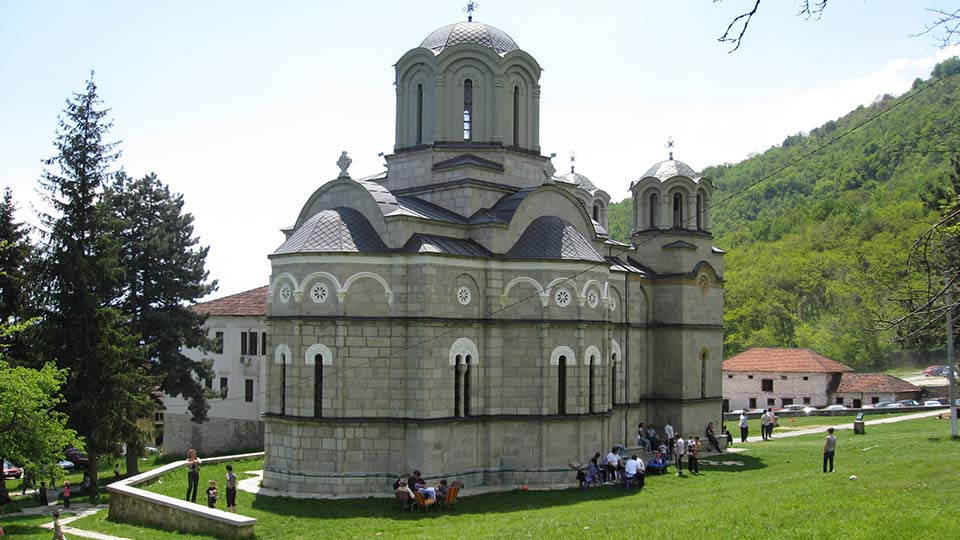 Shar Mountain is located near Tetovo, with a length of 80 km and an area of 1,600 m2. Popova Shapka, with an altitude of 1,780 metreers, is a tourist site of Shar Mountain and is one of the most famous winter and recreation centres in the Republic of Macedonia. It offers extraordinarily convenient ski and sledding facilities, equipped with several cable cars and ski lifts. Popova Shapka has many weekend houses and modern tourist-catering facilities. Shar Mountain is abundant with high mountain pastures and high trunk coniferous forests, of which the most represented are the high fir and spruce. Over 200 endemic plants are found on Shara, which is the highest percentage of endemism in Macedonia. 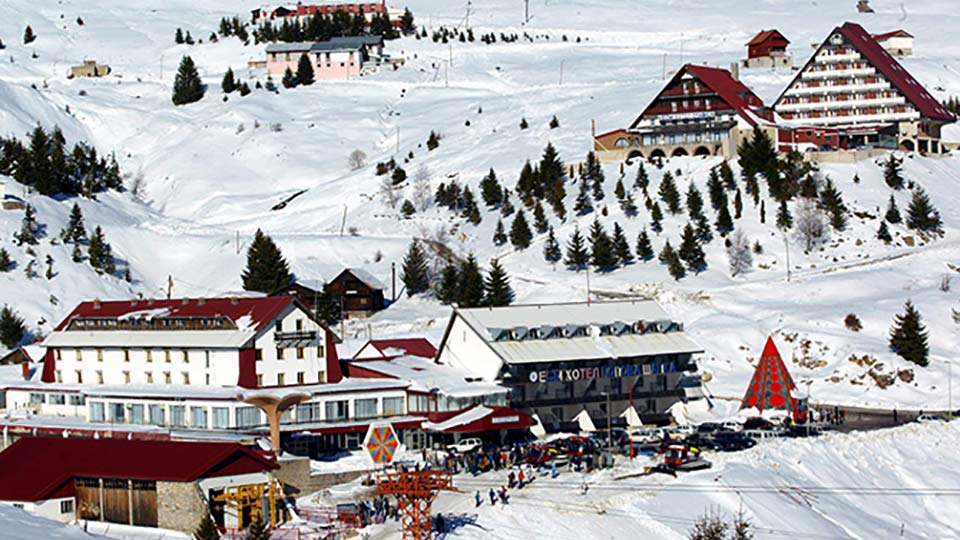 The Sharplanin race is an endemic species and pride of Shar Planina and Macedonia originating from Tibet, from the slopes of the Himalayas. It adapted to the harsh conditions of the Macedonian mountains, where it has lived for centuries. It was first exhibited in Ljubljana in 1926. In 1939, the Sharplaninec was registered in the International Cynology Federation (FCI), which registers all dog breeds. The Macedonian Sharplaninec is the 2008 Europe champion at a competition of 10,000 dogs. 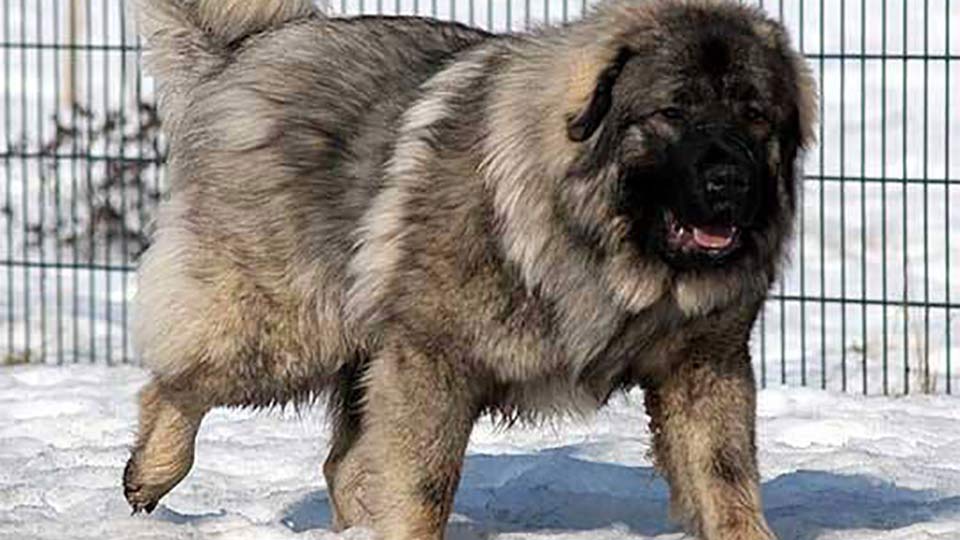 More information about Tetovo can be found on this website.