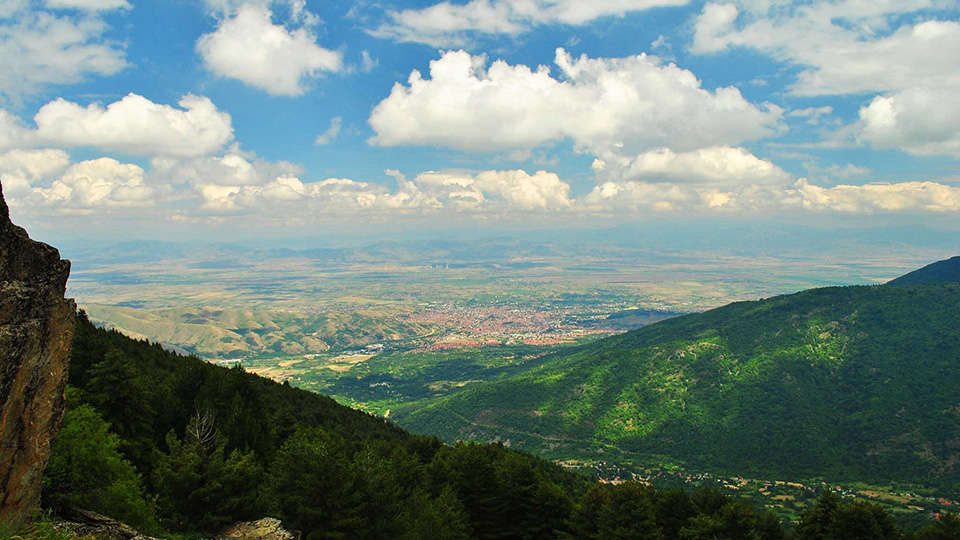 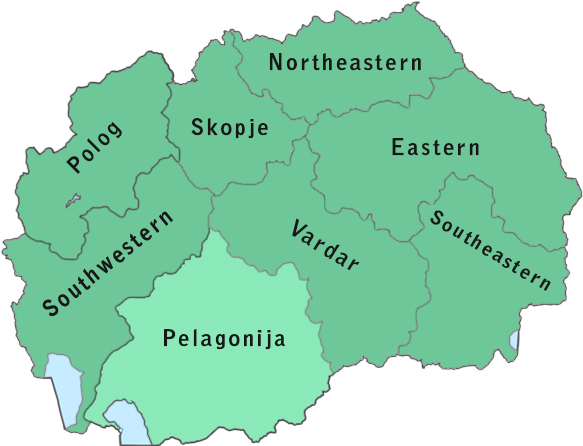 Pelagonia is enclosed by the mountain Baba with Pelister (2.601 m), Ilinska and Bisheva Mountain on the west, Mokra Mountain with its peak Solunska Glava (2.540 m) on the north, mountains Babuna, Selechka and Dren on the east, Nidzhe with Kajmakchalan (2.520 m) and state border with Greece in Pelagonia Plain on the south.

There is great diversity of geological-geomorphological features of this area. There are plains, gorge valleys of Crna Reka, mountain peaks, caves and typical denudational species of the mountains Pelister, Babuna and Selechka.

There are several hydro graphic features in this region. More specific features are the sources of the River Crna. Besides the River Crna there are some lager rivers such as Shemnica and Blato and some smaller rivers. There are the glacial lakes Big and Small Lake. These lakes are at an altitude of over 2.200 m and a particularly picturesque ornament of the mountain. Water resources in this region are supplemented by the artificial accumulation in the vicinity of Bitola and Prilep Lake.

Special feature are the ligneous deciduous beech and oak forests on Bushava Mountain and the combined evergreen and deciduous types on Pelister and Nidzhe. The five-needle pine tree called molika is of particular significance on Pelister. There is a great diversity of vegetative species. Especially abundant and diverse is the wildlife represented by all kinds of big and small game, typical of these areas.

This region is connected with several other neighbouring regions. The main traffic connection is M4 motorway connecting Ohrid-Bitola-Prilep-Veles. It is here that the roads from Bitola towards Greece, from Bitola via Demir Hisar towards Kichevo and Krushevo divide, as well as the regional roads Prilep-Krushevo and Prilep-Brod-Kichevo. There are also a lot of local roads.

Biggest cities from this region: