The Strumica Carnival is a secular traditional custom that has its origins in a pagan cult and in its essence, celebrates fertility and cleansing. The Carnival has turned into an event that in 1994 climbed the international ladder. This Carnival is held every year at the beginning of the Great Lent, before Easter.

The Strumica Carnival was first mentioned in 1670 by the Turkish writer Evliya Çelebi. The opening of the Carnival is marked with a masquerade ball, during which a prince and princess are elected. The following night, the main international carnival begins where awards for best and most original masks are given. 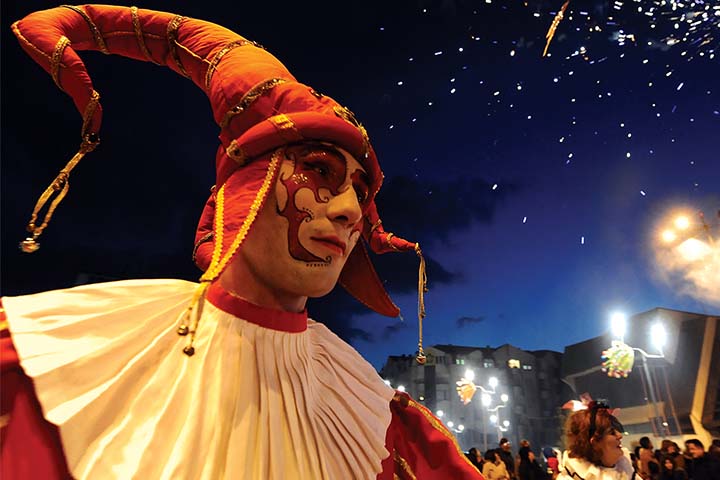 The most common motif during the carnival is the bride and groom; the priest who blesses the newlyweds for happiness and unity; and the devil who is chased by everyone and represents purging of bad thoughts.

The Carnival and the people of Strumica are known for their generosity, cheerfulness and positive attitude so if you decide to be a part of this event, with or without a mask, you will undoubtedly have the time of your life.