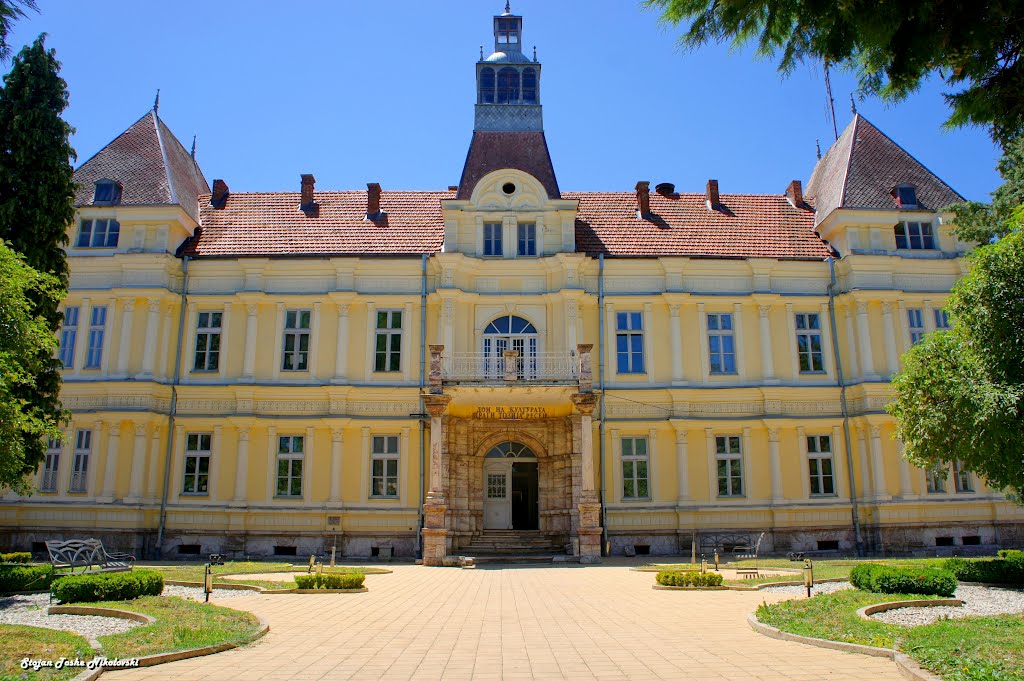 A TOWN OF POTTERS AND APPLES

Resen is a central settlement in the valley. The town has a relatively good geographical and traffic position. The magisterial road passes here from Drach –Tirana and Ohrid to Bitola and Gratsko. Traffic communications with Greece is realized through Stenje with Albania.

As a settlement namet Resan fot the first time was mentioned in one charter of king Dushan in 1337. At the end of the 18th centuty, crafts (pottery) and trade development started. The settlement grew economically stronger, therefore Resen Bazaar was formed and this settlement became the economic centre of  Prespa. At the beginning of the 19th century god of the status of an administrative center.

Resen has hat economic and population growth after the Second World War.Population has been in constant growth i.e fron 4737 inhabitants in 1948 to approximately 9000 inhabitants in 2002.

This is due to migration from surrounding settlements to Prespa valley. Namely, Resen is the only settlement in the valley whish has had population emigration area and emigration is mainly to over ocean countries.

Besider appies this town is olso known because of its industrial capacities such as foof, texstil and metal industries. Nowadays ,Resen is a modern city settlement having a role of economic, health, custural-educational and administrative centre in Prespa Valley.